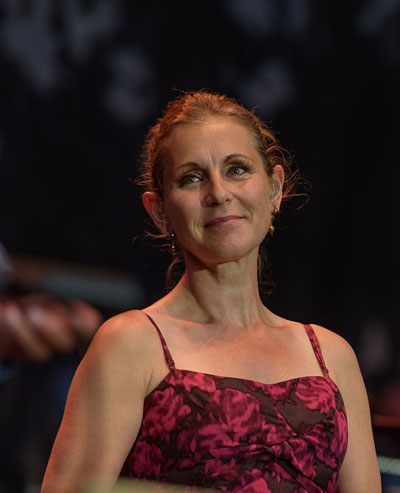 In March 2016 Helen along with Magnus Carlsson and the Radio Symphony Orchestra, did three concerts in the series Swedish Stars at Berwaldhallen in Stockholm.

In the summer of 2016 Helen toured with BAO, to eight locations around the country, after BAO released the album Mitt hjärta klappar för dig (My heart beats for You) earlier this year.

In the autumn, she played in the Woody Allen musical Bullets Over Broadway at Göta Lejon in Stockholm together with, among others, Johan Rheborg, Johan Rabaeus, Linus Wahlgren and Andreas Nilsson. The show was played until April 8, 2017, and Linus Wahlgren was replaced, after the end of the year, by Rennie Mirro.

During the summer and autumn of 2017, Helen did a number of concert performances; she participated in I Love Musicals Allstars at Ullevi in ​​Gothenburg together with Peter Jöback and Tommy Körberg, she gave three concerts in Dalhalla and participated in Allsång på Skansen together with Malena Ernman, she went for the mini tour A late summer evening together with Tomas Andersson Wij and she participated in Trees and Love at Göta Lejon in Stockholm in favor of The Vi-forest. The year ended with five concerts called Vinterklang at Wasa Theater in Finland as well as participation as a secret guest in Caprice – OD with guests in Uppsala together with Andreas Nilsson.

On June 2, the single Sankta Klara klocka was released, with Helen and Malena Ernman, and on September 1, the film Becker – The king of Tingsryd premiered, with Helen in the role of municipal council.

In spring 2018 she participated in the show Top lunch 2 at Katalin in Uppsala, together with Jacke Sjödin, Andreas Nilsson and Mikael Skoglund.

At a ceremony in the royal hall at Drottningholm Castle on June 12, Helen was awarded the royal medal Litteris et Artibus  for outstanding artistic achievements as a singer and actress.

Even in the summer of 2018, Helen appeared in Dalhalla together with Malena Ernman, this time in the company of Sarah Dawn Finer and Nisse Landgren. During the winter she went on a Christmas Tour; December – Songs in the wintertime, together with her childhood friend and artist colleague Anna Stadling.

In the spring of 2019, Helen, along with Vanna Rosenberg, played the double role as housewife Nancy at Dramaten in Stockholm, in Lars Rudolfsson’s newly written play Hugh and Nancy’s many worlds, with music by Mats Gustafsson.

On May 4, she gilded two concerts in Caprice 2019 in Tonhallen, Sundsvall, and during the summer she was touring again, with BAO.

On September 22, Helen participated in Malmö Opera’s 75th anniversary, where she performed Du måste finnas from Kristina from Duvemåla.

In February 2020, she played the lead role as mom Diana in the acclaimed Broadway musical Next to Normal at Uppsala City Theater, but only managed to play eight performances before covid-19 forced the theater to cancel its spring program.

On September 25 her new solo album En ny tid (A New Time) with newly written material was released.
From the reviews:

“This is competent, well-composed and completely flawless. An album for the fans, you could say.”
Mas Karin Gustafsson, NWT 200924

“And in A New Time, Sjöholm is recognizable. Here are the colorful musical choruses, the soft songs and everything in between that Helen Sjöholm masters with her musical breadth. She excels with her clear, flawless singing to heavy piano keys and beautiful strings. It is playful , easy to listen to and well-produced in every way “.
Anna Enström, Borås Tidning 200930

During the autumn, Helen made several TV appearances and ended the year by appearing in three episodes of Så mycket bättre (Så much better). 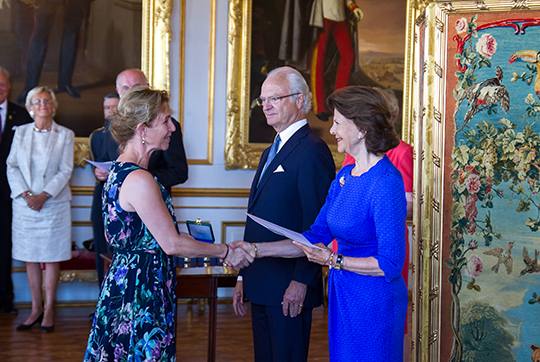