Helen was born in Sundsvall on the 10th of July in 1970. From early on Helen devoted herself to both choir and solo singing and took a universe course in jazz and pop singing at Kulturama [a school for artistic studies in Stockholm]. She has also taken lessons for the well renowned vocal coach Torsten Föllinger.

Her professional stage debut was made in the song- and entertainment group Just for Fun in the late 80’s, and in 1988 she was awarded Stallbrödernas Scholarship.
In her home town of Sundsvall she participated in a number of musicals, for example in 1990 as Dorothy in The Wizard of Oz, as well as taking part in a concert version of Chess. In 1991 she starred in Charles Dickens’ Little Dorrit in Enskedespelet in Stockholm, before returning to Sundsvall in early 1992 for a part in West Side Story.

Later the same year she portrayed Hedvig in Elvira Madigan at Malmö Music Theatre, and the following year she had a part in Volpone at Intiman in Malmö.

Helen made her breakthrough as Kristina in the musical Kristina från Duvemåla, which premiered at Malmö Music Theatre in 1995. At the Music Theatre she also played the part of Hodel in Fiddler of the Roof in 1997.

In 1996 Helen received Sundsvalls Tidnings and SCA Forest Products Anniversary Scholarship and in 1997 she was honored both the Thalia Stauette and the Ulla Billquist Scholarship.

The following year she participated in the successful B&B concerts, along with Karin and Anders Glenmark, Tommy Körberg, Orsa Spelmän and Göteborgs Symfoniker. Songs from Björn Ulvaues and Benny Andersson’s collected production were performed. The B&B concerts have been performed both in Sweden and abroad, and the CD called Från Waterloo till Duvemåla that was recorded and published in 1998 was a great success.

In 1999 Helen and Myrra Malmberg had their own show at Gröna Lundsteatern. During the 90’s Helen was also a member of the group Meiram, consisting of her and her childhood friend Anna Stadling.

Helen made her movie debut in 1999 in Richard Hobert’s Där regnbågen slutar, but before that she had lent her voice to several animated movies: 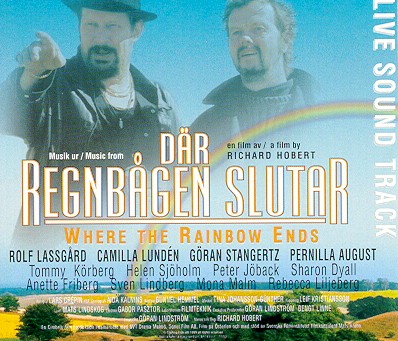