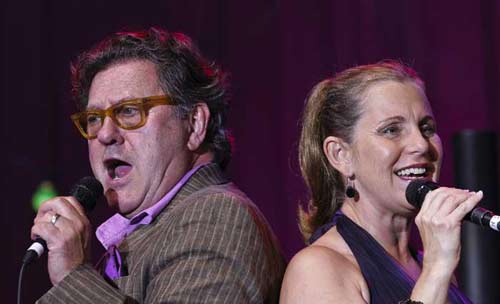 BAO was formed in early 2001 in connection with the recording of the first album; Benny Anderssons Orkester, on which the hit song Vår sista dans, also released as a single, is one of the songs.

In the summer of 2004 BAO released their second album; BAO! which has sold platinum and includes, among other songs, Du är min man, with vocals by Helen, a song that stayed in the Swedish charts for 278 weeks!

BAO released BAO 3, which earned them their forth gold disc, in the summer of 2007. On the album Tommy sings Fait accomplit and together with Helen Nu mår jag mycket bättre.

The album Story of a heart was released on June 24 2009, with BAO calling themselves BAB; Benny Andersson’s Band. The album consists of previously released melodies and songs translated into English for establishment on the foreign market. The title track, Story of a heart, was also released as a single in Swedish; Sommaren du fick.

Over the years BAO has had several songs on the Swedish charts:

BAO has also won a number of Grammis:

Under the concept of “a concert with dance” for which purpose BAO brings a dance floor, several tours have been performed. These concerts turn into evenings in the spirit of a classical people’s park where summer-makers can dance under the stars all night long or sit and enjoy a picnic in the grass!

On June 15 2011 BAO’s album O klang och jubeltid was released. It was preceded by Kära syster, a single released in mid-May for download and in a limited number of physical discs. Even Allt syns när man är naken was released as a downloadable single.
July 21-30 BAO was out on a highly acclaimed summer tour.

In November 2012 the Christmas CD Tomten har åkt hem was released, and a week later
BAO in BOX, containing BAO’s music collected on six CDs, including the Christmas album,
two DVDs, the lyrics, etc. The summer of 2013 BAO did another highly acclaimed summer tour.

On June 10, 2016, the CD Mitt hjärta klappar för dig was released, and just before the single
En natt i Köpenhamn. During the summer BAO went for another tour.

In addition, BAO was again on a much-anticipated summer tour where they visited 8 venues around Sweden. 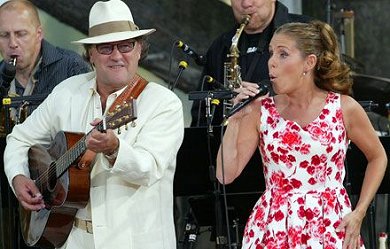