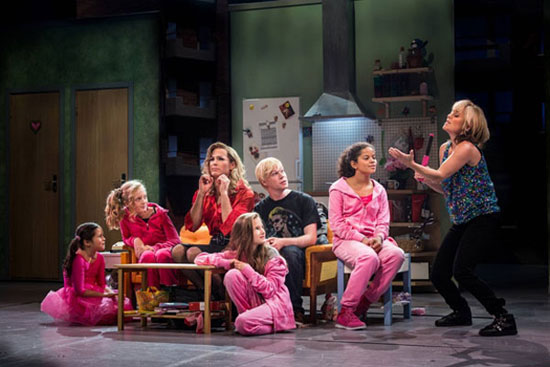 From September 11, 2014 to May 30, 2015 Helen played the lead role as hit song crazy Mona Berglund in Livet är en schlager at Cirkus in Stockholm. The musical, based on the story from the movie by the same name, had a newly written screenplay by Jonas Gardell and new music by Fredrik Kempe. Jonas Gardell had also written the lyrics and directed the show. 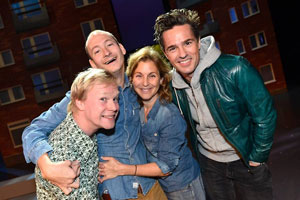 Mona’s husband Bosse was played by Johan Glans, her brother Candy Darling by Peter Jöback and David with cerebral palsy by Jonas Helgesson. In the other roles Måns Möller / Mats Bergman, Katarina Ewerlöf, My Holmsten, Frida Westerdahl and others could be seen.

Livet är en schlager is the story of the hit song crazy Mona Berglund and her husband Bosse, her brother, the transgender Candy Darling and the guy she works for, David who has cerebral palsy. People as common as one can be when they’ve named their daughters Carola, Kicki, Lena Ph and Anna Book. They live their lives in Skarpnäck with dreams that they have to squeeze in between kindergarten drop offs, grocery shopping, and everyday trot.

Until Mona happens to hear a song that David has written and secretly sends it to try for the Swedish Eurovision Song Contest – and is chosen for the grand finale. Almost overnight she becomes the new pop star, loved, much discussed and gossiped about. There is really only one problem. She has not told anyone that she has not written the song, and if that is revealed she risks losing everything she has gotten.

Livet är en schlager is a funny, touching and bewildering tale about solidarity, about the desire to be something more than the naked eye can see – and of course the dream of a key raise and a goddamn chorus!

Overall the almost 150 performances were seen by 155 000 guests. Reviewers praised above all, Helen and Peter Jöback for their efforts with praise as “sovereign vocal efforts”, “among the most beautiful thing you can hear on a musical scene” and a “straight through magical Helen Sjöholm” (Kulturnytt, Dagens Nyheter and nummer.se).

In January 2015 the music was released on CD. 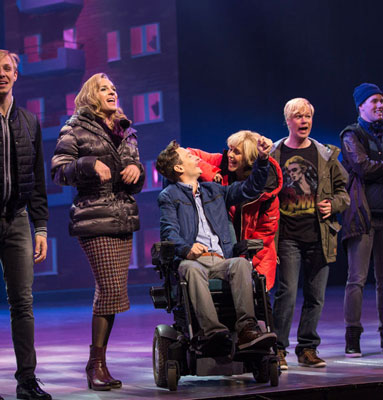