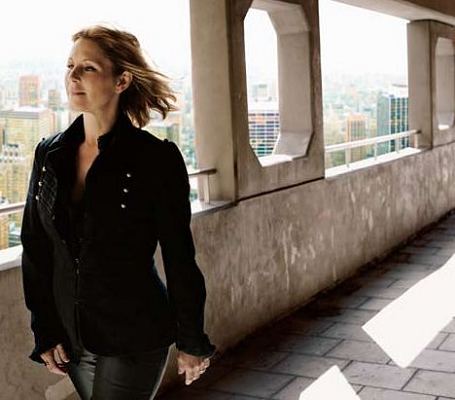 Beginning January 29, 2011, Helen went on tour with the material from her latest album; Euforia – Helen Sjöholm sjunger Billy Joel. The Euforia tour ended in Luleå on the 14th of April. But also the summer was spent on tour, this time with BAO, who released a new album on June 15; O klang och jubeltid. The single Kära syster, where Helen does the vocals, was released in mid-May. In December also Allt syns när man är naken was released as a single.

On December 9 the movie Simon and the Oaks premiered. The movie itself was greated with mixed reviews, but Helen was consistently raved:

”The absolute star of the movie. We’re so predisposed to hear her sing that we easily forget her capacity as an actress. Here she doesn’t sing one earnest note but expresses every nuance of the mother Karin’s good-hearted character.”
Bernt Eklund, Expressen

”Helen Sjöholm plays the part of Simon’s mother Karin and her love for her son can be felt far into the theater. So does the pain, when everything goes wrong and she can’t reach him…”
Åsa Mwansa, Skövde Nyheter

“Helen Sjöholm shines as an actor… As Simon’s mother Helen Sjöholm does yet another of her poignant and powerful portraits of tormented women.”
Björn G Stenberg, Uppsala Nya Tidning

“Sjöholm excels. Best on the scene is Helen Sjöholm who creates a great bitter distress in all simplicity…”
Torsten Braf, Katrineholms-Kuriren

“And Helen Sjöholm, I say no more than Helen Sjöholm, who not only a singer of class. She’s a brilliant character actress as well. Though we saw that already in “As it is in heaven” seven years ago. Guldbaggar awaits.”
Stefan Andersson, Gefle Dagblad

“But above all it’s Helen Sjöholm and Stefan Gödicke as Simon’s parents, as well as Jan Josef Liefers as Isak’s father Ruben, who lay the foundation of brilliant human portraits.”
Åsa Johansson, Dalarnas Tidningar

Helen was nominated for a Guldbagge [Swedish version of the Oscar’s] in the category Best Actress in a leading role. The gala, to which Helen was present, was broadcasted live on January 23, 2012, but she didn’t win.

For most of 2012, Helen was on parental leave with twins Samuel and Johanna, that she and her husband David had at the end of December 2011.

In August, she participated in a summer gig with BAO at Vaksala Square in Uppsala. In a grand ceremony on October 12 Helen was appointed an honorary doctorate at Mid University, for her work in the cultural field. In November and December she performed at a few smaller events, such as Lucia Morning in SVT2 along with Benny Andersson, where she sang newly written Vinterhamn from BAO’s Christmas CD Tomten har åkt hem (Santa has gone home), which was released in November.

Another CD Helen has been involved in, and which was released at the sametime, is Det kunde lika gärna vara jag – en salig samling sångerskor (It could just as easily have been me – a glorious collection of singers); a CD released in conjunction with the Salvation Army, to help the homeless.

Helen continued her parental leave until the end of April 2013, with the exception of when Sundsvall Orchestra Association celebrated its 100th anniversary in February and she was a guest artist together with Anna Stadling. In late spring concerts in different constellations and at different places around the country took place, for example with Magnus Carlsson and Gävle Symphony Orchestra in newly written arrangements for 70 – and 80’s songs.

The summer began with traditional concerts, seven in total, along with Martin and Jojje, and shortly afterwards the BAO tour started. Eight concerts from Helsingborg in the south to Piteå in the north, and the reviewers were lyrical:

Aftonbladet’s Jens Peterson writes “Helen Sjöholm is fantastic and makes the evergreen chart topper sound new. She is superb in everything at the premiere.” “Helen Sjöholm is a unique kind and she sings the songs like no one else could”, Tommy Granlund from Östran/Nyheterna praises after the Kalmar concert.

In late September, Helen was a guest at Peter Jöback’s tour I Love Musicals – The Broadway Edition in the two initial concerts in Örnsköldsvik and Luleå. After that her own autumn tour started, where she together with Martin Östergren, Jojje Wadenius, Ulric Johansson and Tomas Bergquist during October gave twelve concerts with a mixed program all around Sweden. In November and December Helen starred in the corporate event Stjärnklart.

In the spring of 2014 the autumn concert tour continued, with a partly renewed progam. Helen also appeared in Top Lunch at Katalin in Uppsala in April, together with among others Jacke Sjödin. In May she sang with choirs in Sundsvall, Karlstad and Luleå, before the first rehearsals of the autumn’s upcoming musical premiere begun. In Livet är en schlager (Life is a hit song), a new musical by Jonas Gardell, she played the part of Mona, mother of four, and it premiered on September 11 at Cirkus in Stockholm. The music was written by Fredrik Kempe and the other main roles were played by Peter Jöback, Johan Glans, Jonas Helgesson, Måns Möller, Katarina Ewerlöf, My Holmsten and Frida Westerdahl. The musicals was played until the end of May the following year.

At the end of 2014 Helen was appointed ambassador for The Vi forest and in May 2015 she took part in the concert Pengarna åt skogen (Money to the forest), by the same organisation. During the summer she went on a tour called Musik i sommarkväll (Music in the summer evening) together with Martin Östergren, Jojje Wadenius, Ulric Johansson and Tomas Bergquist. In addition she also gave three concerts with the Sjöbacka choir in Skillinge and she was the soloist at the DN concert Filharmonikerna i det gröna (The Philharmonic Orchestra in the green) at the Maritime Museum.

In the autumn she toured with Peter Jöback in I Love Musicals, which visited 10 major venues around Sweden, as well as Oslo and Helsinki. At the end of the year she, along with Anders Widmark, gave the tour Midwinter and she also participated in Malmö Fire Brigades’s traditional Christmas show. 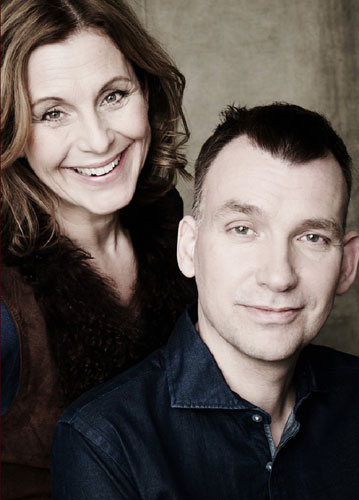