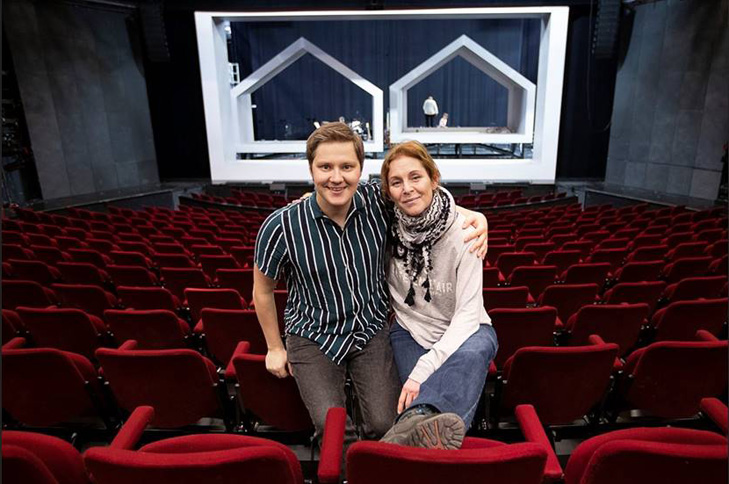 Musical. On the intercalary day, it´s premiere of musical drama Next to Normal at the City Theater, starring Helen Sjöholm.

Next to Normal premiered on Broadway in 2008 and was immediately praised by critics. (…) Uppsala City Theater is now taking on the show. Director Ronny Danielsson explains that the story of a mother who is bipolar was innovative in the musical circles. Many associate musicals with great dance numbers and glamorous scenes. Next to Normal has no glittery choreography numbers, which for the most part doesn´t mean that it lacks delights and humor (…)

The story revolves around the Goodman family, who are trying to get together everyday life while mother Diana, played by Helen Sjöholm, struggles with bipolarity and trauma.

– Both the music and the script are exciting and emotionally well-worked, says Ronny Danielsson. Although a major focus is on the main role of Diana, several complex emotions and relationships are explored. I think everyone in the audience can find something they can recognize themselves in.

With a short time left for the premiere, the rehearsals are in full swing.

– We have become a tight bunch. Because we are so few in the ensemble, we have really found each other and it is visible in the rehearsals, Helen Sjöholm explains.

– Yes, and the fact that the scenography is so stripped down means that you can express yourself more strongly on stage. There is nothing to hide behind. You simply get exposed, Martin Redhe Nord fills in.

Helen Sjöholm talks about the preparations behind her role. Designing a person with a mental illness can seem difficult, but she feels safe at work.

– I have based on my feelings, my own anxiety and fear. For me, it works best to work intuitively on stage to highlight the emotions that are in the story.

It´s important that the topic is highlighted and that you show different aspects of the disease, the actors think. Before the production, the ensemble was visited by a psychiatrist who lectured on bipolarity, how different its effects can be from person to person. This, combined with the script writers doing their research, facilitates the work.

– If you have a good text to work with, it will be easier to let go and work closer to your feelings, explains Ronny Danielsson.

(The entire article is not reproduced for copyright reasons)