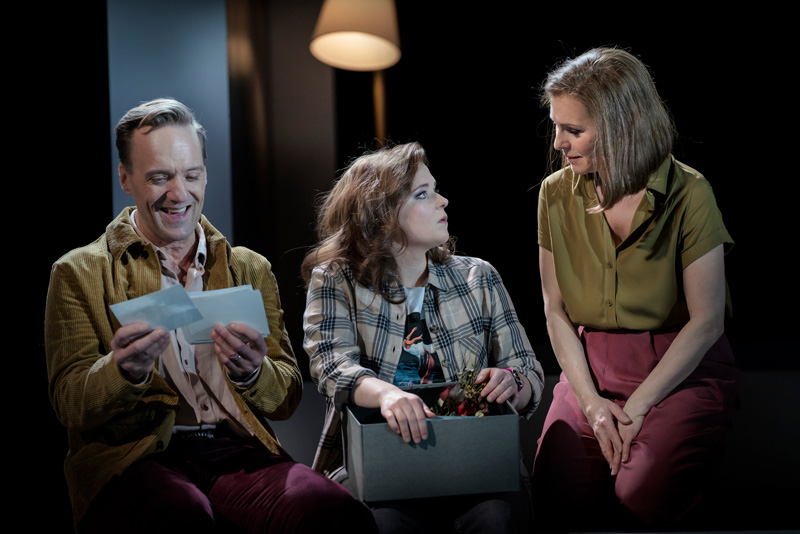 Review. A fantastic ensemble performs great work with the musical Next to normal at the City Theater, a chamber play with dark tone.

Most associate musicals with tinsel, leg-kicking and romance. But here the genre concept is taken to another level. The subject of the musical Next to normal is unusual in the genre. It´s about mental illness and what it can do to a family where one is sick (…)

There is no ballet or choir here, only six characters on stage. In the background is a live and well-playing orchestra, illuminated from below as if they were in a painting by Rembrandt (…)

The mother of the family, played by Helen Sjöholm, has a bipolar diagnosis. Initially, she speaks to a son, shaped by Martin Redhe Nord. But gradually we understand that he is only in her mind. Her husband, who is played by Rolf Lydahl, lovingly struggles to keep everything together. The teenage daughter, played by Stina Nordberg, feels unseen as her mother’s illness characterizes home Life totally. James Lund’s boyfriend and Daniel Engman’s physician contribute in various ways to the development of family members and deeds.

The mother’s life is spinning when she stops medicating. But the narrator’s focus is not with her all the time. The father’s anguish, the daughter’s search for a steady point, her boyfriend’s experimentation with marijuana, alternating with tender care of budding love create their own little whirlpools in this sea of ​​anguish.

It´s in many parts intensively embodied, sometimes with a slightly educational preponderance. The audience must be aware of how the mother’s mental illness is defined.
(…) What fantastic voices and what a powerful ensemble! That Helen Sjöholm can put a warm tone on her song, no matter what fragile and tormented role she has, has been known ever since she was the abused wife in the movie As it is in Heaven.

But Stina Nordberg also impresses greatly, as well as the others. Uppsala city theater can count on yet another musical theater success, one with a dark tone.

(The entire review is not reproduced for copyright reasons)